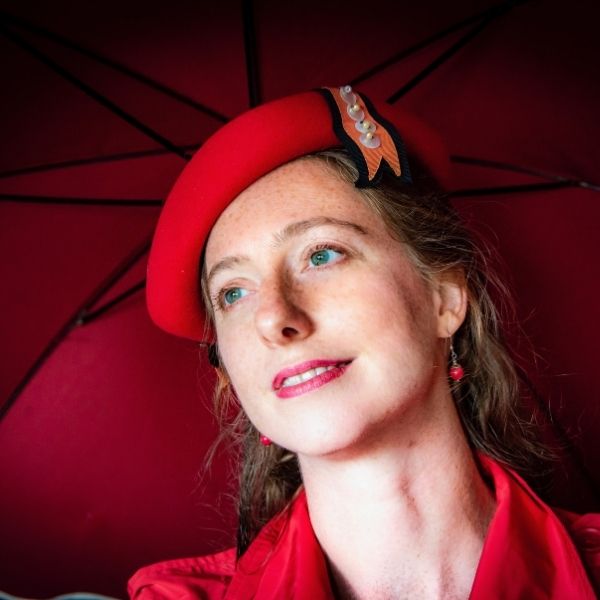 Betina Hershey is a native New Yorker born to a Broadway musician and a painter. She loves working for NYCCT, encouraging others to express themselves through writing, music and theater. She runs the Garden Players Musical Theater Program for Kids in Forest Hills (GardenPlayers.com) where she writes an original musical for kids each year, with more than 6 musicals published by Beat by Beat Press and performed all over the world (bbbpress.com). She is married to guitarist Nick Russo and enjoys writing and performing with him in their two bands: 1920‘s jazz with Hot Jazz Jumpers (HotJazzJumpers.com) and Americana originals with The Scooches (TheScooches.com). As a musical theater performer her credits include: Meg in the National Broadway tour of “Phantom of the Opera”, Anybodys in the LaScala (Italy) production of “West Side Story” Fleta in Iolanthe and Isabel in the Pirates of Penzance at City Center. As a partner dancer, she has choreographed and performed swing dances that have appeared all over the world including NYC and Tokyo, Japan and she has appeared as a principle dancer in Julia Roberts’ “Mona Lisa Smile” and the Disney’s “Enchanted.” She is an alum of the Lehman Engle BMI Musical Theater Workshop, had a #2 album Get Us Out Of Fearland on the International Folk DJ Charts (right under John Prine), and has written a poem a day for six months to her mother’s artwork which can be found in a book “Carol’s Art, Betina’s Poetry.” She is also enjoying the journey of being a Mom of boy/girl twins. betinahershey.com