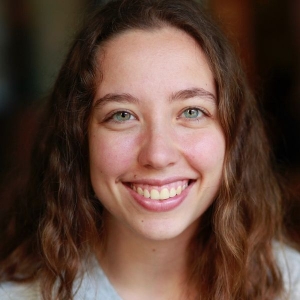 Emma Mueller (she/her) is an actress, writer, and teaching artist in NYC. She’s thrilled to be joining NYCCT’s Teaching Artist roster after one year as an Education Apprentice. Emma holds a BFA in Drama from NYU Tisch School of the Arts with a minor in Applied Theatre. She is endlessly fascinated by the intersections between performance and pedagogy. Emma has starred in several of her own works, including stage play Taboo and short films Antonia and Vinyasa Flow. Stage credits include Twelfth Night Devised (Viola & Company), Hamlet (Gravedigger), Our Lady of 121st Street (Sonia). Emma is also a co-founder of Little & Fierce Theatre Company, an educational Shakespeare theater company dedicated to bringing the Bard to people throughout NYC.