10 of the Most Famous Ballerinas in the World!

Today we take a look back at some other young girls & boys whose dedication led them to becoming some of the most famous ballerinas in the world!

Sophie the Swan dreams of becoming a ballerina and after a lot of hard work and persistence her dream comes true – she gets the starring role in Swan Lake and next: The Nutcrakcer! We decided to take a look back at some other young girls and boys whose dedication and perseverance led them to becoming some of the most famous ballerinas in the world!

Anna Pavlova was born on February 12, 1881, in St. Petersburg, Russia. After attending the Imperial Ballet School, she made her company debut in 1899 and quickly became prima ballerina. Her breakthrough performance was in The Dying Swan in 1905, which became her signature role. She joined the Ballet Russe in 1909 and formed her own company in 1911. In 1913, she toured America, and for the next fifteen years, countless other countries–a total of 300,000. miles and 4,000 performances.  Anna Pavlova died in 1931.

Galina Ulanova was born on December 26, 1909. The daughter of two dancers – Sergey Ulanov and Marie Romanova of the Mariinsky Ballet – Ulanova is considered one of the greatest ballet dancers of the 20th Century and the first prima ballerina assoluta of the Soviet Union. Ulanova studied in the Leningrad State School of Choreography and danced in the Soviet Union, London, America and more. Galina Ulanova died in 1998.

Misty Copeland was born on September 10, 1982. The daughter of a single mother, Copeland first encountered dance through her middle school drill team. At the urging of her coach, Copeland went to ballet classes taught by Cynthia Bradley at the Boys and Girls Club. Noticing her natural ability, Bradley took Copeland in for years so she could be closer to the studio. After moving back home she continued to study at the Lauridsen Ballet Centre. In 2001 Copeland became the only African American dancer in a group of 80 to be a member of the American Ballet Theatre’s corps de ballet. 14 years later, in June 2015, the ABT appointed Copeland as its principal dancer. She was the first African American female chosen for that role in the company’s history!

Dame Alicia Markova was born on December 1, 1910. She studied with Serafima Astafieva and Enrico Cecchetti. By the age of 14 she was dancing lead roles. She was the first prima ballerina of the Royal Ballet (formerly Vic-Wells) and the first English dancers to perform Swan Lake. She even danced the role of the Sugar Plum Fairy in The Nutcracker. After retiring, she was appointed director of the Metropolitan Ballet in New York City, a position she held from 1963-1969. Alicia Markova dies in 2004.

Allegra Kent was born in August of 1937. Despite having flat feet as a child, Allegra consulted a doctor and began taking ballet classes. After graduating from the School of American Ballet, she joined the New York City Ballet at the age of 15. Four years later she was promoted to a principal dancer. A muse to George Balanchine, many roles were created for her including roles in Seven Deadly Sins, Ivensiano and Bugaku. She even danced the role of Dewdrop in Balanchine’s version of The Nutcracker. Her book, Ballerina Swan, was published in 2012!

Mikhail Baryshnikov was born in 1948. At the age of 9 he began studying ballet. He left the Soviet Union in 1974 to dance with ballet companies around the world, including the New York City Ballet. There he worked with George Balanchine and Jerome Robbins. His storied career continued with a ten year tenure as Artistic Director of the American Ballet Theatre, dancing and directing for the White Oak Dance Project (which he co-founded with Mark Morris) and opening the Baryshnikov Arts Center.

Carlos Acosta was born in 1973. Carlos trained at the National Ballet School of Cuba before traveling and performing throughout the world. From 1993 – 1998 he was a principal dancer with the Houston Ballet. His first American stage role was the Prince in The Nutcracker. In 1998, Carlos joined the Royal Ballet. He remains with the company as a Principal Guest Artist today. He has performed numerous times over the years with the American Ballet Theatre. Throughout his electric career, he has performed in the United States, Russia, the Netherlands, Chile, Argentina, Greece, Japan, Italy, Germany and France.

Rudolf Nureyev was born on March 17, 1938. In 1955 he was admitted into the Kirov Ballet School where he trained under Alexander Pushkin. In 1961 he declared political asylum and did not return to the USSR. Instead, he joins the Ballets du Marquis du Cuevas the following day. For the next 20 years he dances as a guest star with major ballet companies in Europe, the US and Australia. He also remounted Marius Petipa’s The Nutcracker (among other ballets). In 1989, he finally returned to Russia and danced at the Kirov Theatre. Rudolf Nureyev died in 1993.

Vaslav Nijinsky was born in 1890 to two famous dancers – Thomas Laurentiyevich Nijinsky and Eleonora Bereda. The family had their own dance company and performed throughout the Russian Empire. Nijinsky entered the Imperial School of Dancing at age nine. After graduating in 1907 he joined the Mariinsky Theatre as a soloist. In 1912 he began his career as a choreographer, where he excelled. His work is consider to be daringly original. At the age of 29 he retired and lived in Switzerland, France and London until his death in 1950.

Roberto Bolle was born on March 26, 1975. He discovered his passion for dance at a young age and by the time he was 12 he entered the Ballet School of La Scala Theatre in Milan. After being spotted at the theater by Nureyev, Bolle was chosen to perform Tadzio in Death in Venice. Following that performance, Bolle’s career took off, performing all over the world, including in The Royal Opera House’s production of The Nutcracker. He performed in his hometown during the opening ceremony of the 2006 Winter Olympic Games. Bolle continues his amazing career with “Bolle and Friends” Gala – where he and fellow dancers perform at locations that are highly unusual for the typical ballet requirements.

If you enjoyed this activity, please consider making a donation to New York City Children’s Theater.

More to Explore at the Creative Clubhouse

Make a Caterpillar on a Leaf with Us!

Our spring craft celebration continues with a colorful caterpillar! Create this pom pom caterpillar on a leaf with us! 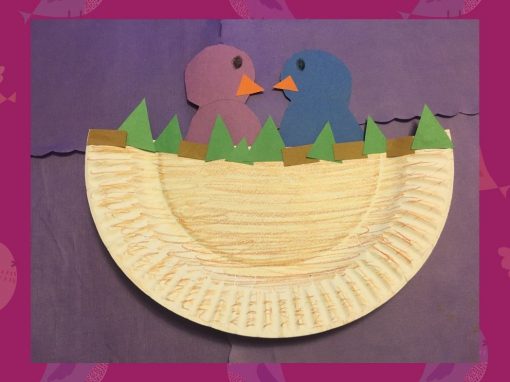 Make a Paper Plate Bird Nest with Us!

Do you hear birds chirping from their nests in the morning? Us too! Head to the website today to make an adorable bird nest craft with your family! 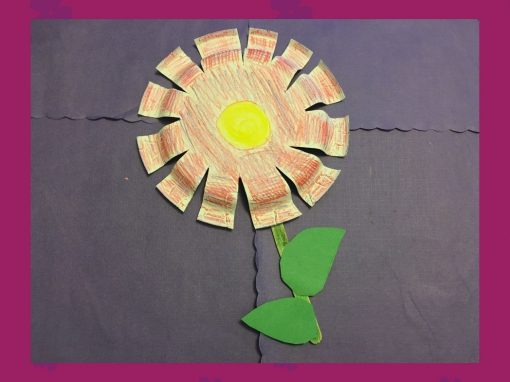 Make a Paper Plate Flower with Us!

As spring continues, beautiful flowers are blooming everywhere! We’re making our own paper plate flowers with you! 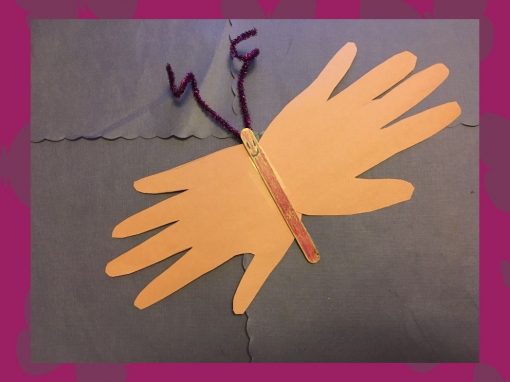 Make a Handprint Butterfly with Us!

One of our favorite parts of spring? Beautiful butterflies fluttering around! Make your own butterfly today! 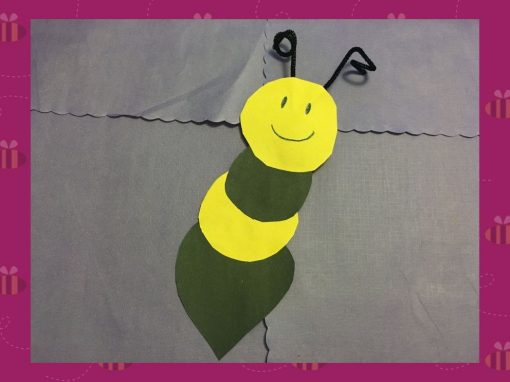 Make a Bumble Bee with Us!

Buzz… Buzz… One of the first signs of spring is when we start seeing bees flying around from flower to flower! Make a bee with us today! 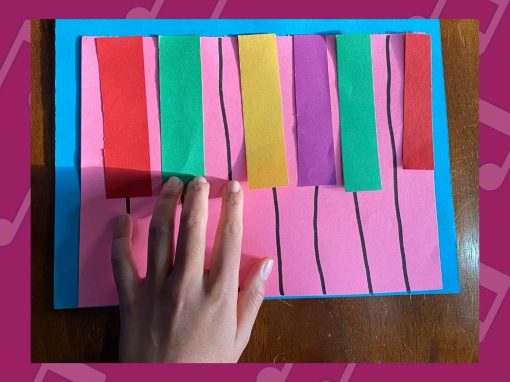 Make a Piano with Us!

This week at Creative Clubhouse Stories, we'll be reading Song in a Rainstorm! Get ready for class by creating your own piano with us! 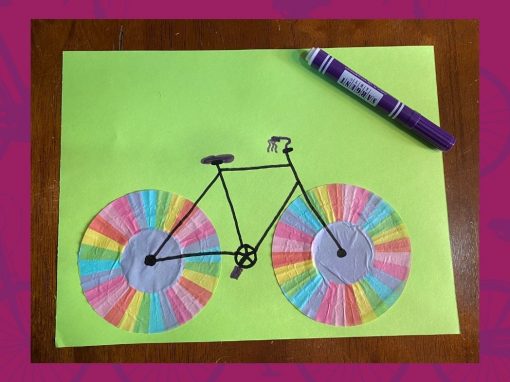 Make a Bicycle with Us!

This week at Creative Clubhouse Stories, we'll be reading Fast Enough: Bessie Springfield’s First Ride! Get ready for class by creating your own bicycle with us! 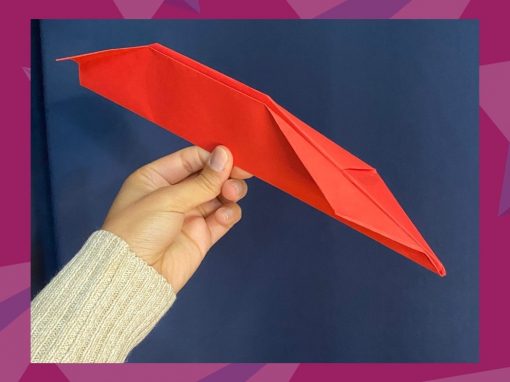 Make a Paper Plane with Us!

This week at Creative Clubhouse Stories, we'll be reading Ron's Big Mission! Get ready for class by creating your own paper plane with us! 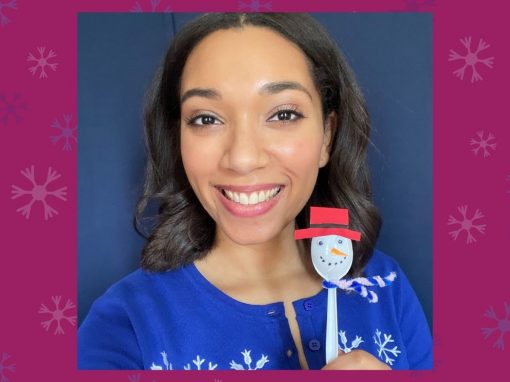 Make a Plastic Spoon Snowman with Us!

Did you know that different artists can make the same item differently? In this week's Creative Clubhouse Stories, we'll be exploring the book If Picasso Painted a Snowman and seeing how some famous artists would paint their snowman! Let's get started today by creating our own plastic spoon snowman! 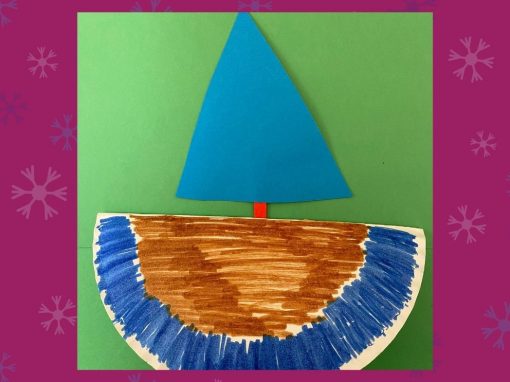 Make a Rocking Boat with Us!

This week at Creative Clubhouse Stories we're reading a special winter tale: The Storm Whale in Winter! In the book, our friend Noi goes out onto the rocky sea in a boat - so today, we're making our own rocking boat! 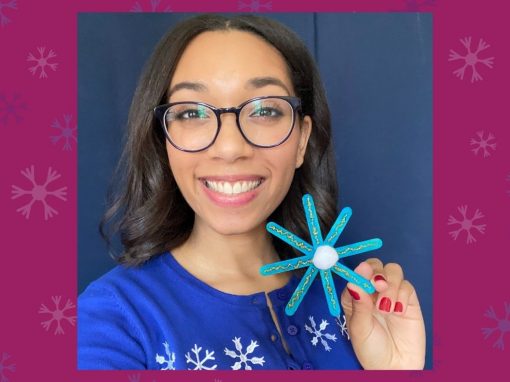 Make a Popsicle Stick Snowflake with Us!

Creative Clubhouse Stories is back and this week, we're kicking things off with one of our all-time favorite winter books: The Snowy Day! Celebrate The Snowy Day with us by making a popsicle stick snowflake with us! 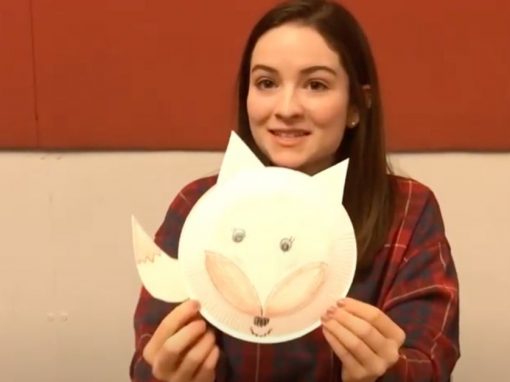 Make a Paper Plate Fox with Us!

In This is Sadie, Sadie goes on incredible adventures with her best friend and favorite stuffed animal, Fox! Today, Claire will show you how to make your own fox friend!

Back to the Clubhouse
Send a Gift Certificate